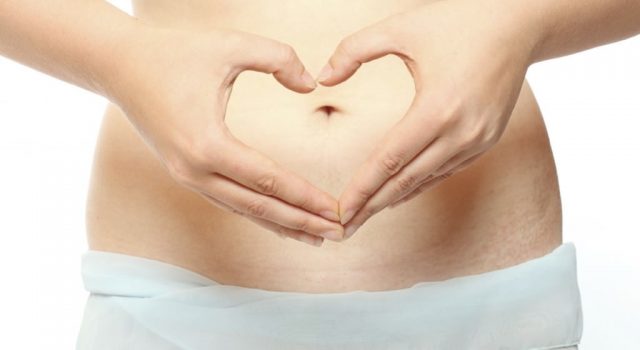 What is Vaginal Yeast

Vaginal yeast is an inflammatory process that is localized in the vagina and called candidiasis. The key symptom of the disease is white curdy vaginal discharge. The causative agent of the disease is Candida albicans fungus. Scientists believe that this microorganism is present in the body in 80% of women as its own microflora, without causing any problems. The normal woman’s vagina is not sterile. There are microorganisms, including this fungus on its epithelium. It is involved in maintaining the normal vaginal pH level, which is very important for the epithelium itself and the fertilization process.

In addition, the vaginal flora fights against unwanted microorganisms and reduces the risk of infectious diseases development. At the same time, the immunity of the female body strictly monitors the balance and if necessary, depresses the reproduction of certain bacteria. If for some reason this does not happen or conditions for their active reproduction are created, the probability of vaginal yeast development increases. There are many causes that can break the delicate balance in the body of a woman and create conditions for the candidiasis development.

The Causes of Vaginal Yeast

The main cause of vaginal yeast development is Candida, or yeast-like fungi. They constantly live in the vagina, however, the development of the inflammatory process is caused only with a decrease in immunity. The main factors that influence this process are:

Not only antibacterial drugs can affect the reduction of immunity in humans. Stress, lack of sleep, chronic fatigue, HIV infection and even colds and flu – affects the ability of the body to control the development of the microorganisms that live in it. As a consequence, the risk of candidiasis is great, not only in the vagina and vulva, but also in other mucous membranes, as well as in those parts of the body where moisture is often high: the area under the breast, elbows and knee folds, axillary cavities.

Although vaginal yeast pathogens can be transmitted sexually, in most cases, the disease is not associated with sexual intercourse. At present, it is known that vaginal yeast infection is not sexually transmitted disease. Therefore, there is no need to treat a sexual partner.

The Incubation Period is 1-5 days.

The disease has quite specific manifestations, which allows doctors to make a correct diagnosis very quickly. The main symptoms of vaginal yeast are:

As a rule, if there are obvious signs of a yeast infection, the doctor will be able to diagnose this disease with a simple gynecological examination. Curdy coating will be visible either on the vulvar mucosa, or in the vagina and on the cervix. In addition to specific secretions, reddening of the mucous cover is also seen.

The most common method of laboratory testing for diagnosis in this disease is the analysis of a vaginal smear. A smear will help to detect the presence or absence of vaginal yeast with maximum accuracy. Often it is enough to conduct only a visual examination of the patient to diagnose the disease and to prescribe the appropriate treatment. However, in cases where there is an asymptomatic course of candidiasis, only a smear on the flora can determine it.

Bacteriologic vaginal culture is another method of laboratory diagnosis, which allows the doctor to identify the causative agent of the disease. This method can give accurate results, which will exactly reveal the presence of candidiasis in the patient. This analysis is taken from the walls of the vagina and from the surface of the cervix. The results of this analysis are prepared long enough because the biological material must be placed in various media for several days, and then the grown colonies of the causative agent of the disease are examined with a microscope.

Treatment of vaginal yeast should begin with a visit to the doctor. Even if you already have experience in treating this disease, you must at least clarify the diagnosis, because very often similar symptoms are caused by serious sexually transmitted diseases. The choice of vaginal yeast treatment method depends on the disease form and state.  When the form of candidiasis is uncomplicated it is recommended to use local methods of treatment like vagitories or vaginal tablets, which include antimycotic drugs as well as creams and ointments. The most popular medications among them are:

In cases of recurrent or severe acute candidiasis, antifungal agents of systemic action are given in the form of tablets, injections.

The most efficient are the following groups of antifungal agents:

After the main course of treatment with antifungal drugs eubiotics, designed to normalize the microflora should be used. For example, suppositories Bifidumbacterin or Acilact for ten days. Patients with candidiasis are also prescribed multivitamins and, if necessary, immunomodulating drugs.

If Vaginal Yeast Infection is not Treated

Vaginal yeast can cause serious complications if it is not diagnosed in time and not treated properly. Often patients themselves provoke the development of candidiasis, when they refuse systematic treatment and use only the medications that relieve the symptoms caused by the vaginal yeast. The most frequent complications of vaginal yeast are:

To avoid all complications related to the vaginal yeast is not so difficult – all you need is to visit a doctor in time and begin treatment. Vaginal yeast infection is a disease that is well treatable at an early stage and can be completely cured in a short time, provided all the necessary drugs are taken.