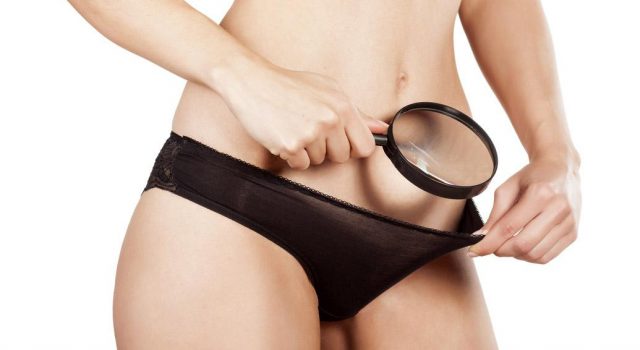 Crabs: What is Pediculosis Pubis

Pediculosis pubis is caused by pubic lice (Crabs), small insects living on hairy parts of human body and feeding upon the blood. Crabs are usually attached to the hair in the area of genitals, but they can often be found on the eyebrows, eyelashes, underarms and on the beard. To survive, they need to suck fresh blood twice a day. The female of lice firmly fastens the laid eggs (nits) to the pubic hair, it is impossible to wash them off with water.

In most cases pubic lice are contracted during sexual intercourse. Nevertheless, it is possible to get infected through close contact, bed linen, towels and clothes.

When pediculosis pubis is diagnosed, patients should be treated with remedy of external application which helps to eliminate both the adult lice and their nits. Sexual partner of the infected person should also be tested and treated.

The prevalence pediculosis pubis is quite high and is about 10-20% of the adult population, but certainly not as common as head lice. However, data on the prevalence of pediculosis are inaccurate, as many patients hesitate to consult a doctor, considering pediculosis to be a “shameful” disease.

In addition, pediculosis is widespread among socially unadapted part of the population – homeless people, persons prone to vagrancy, etc. It is clear that such people rarely visit doctors.

How is Crabs Contracted?

Most often, the pubic crabs are transmitted through sexual contact, contact with the skin of an infected person during intercourse, as well as when sharing clothes, bedding, baths, showers.

If there is sexual infection, crabs are most often settled on the pubic area, perineum, around the anus. At non-sexual way – on hair of a breast, axillary area, eyebrows and eyelashes.

Pubic crabs parasitize only on human body. They can not be contracted neither from domestic nor from wild animals.

Lice can not live without a carrier for more than a day, but nits retain the ability to survive significantly longer. It is for this reason that certain care should be taken in swimming pools, saunas, solariums and public toilets, where the risk of catching these unpleasant parasites is very high

The incubation period for infection with pubic lice can last from one to three weeks.

The incubation period of nits glued to the hair, on average, is from 5 to 8 days. During this time, a larva hatches from the cocoon, which starts biting the patient from the first days of life and causes a lot of troubles.

The Symptoms of Pubic Lice

Skin itching and red spots on the skin are the most common symptoms of lice. Itching is not caused by lice bites, but by an allergic reaction to their saliva or excrement.

The intensity of itching caused by pubic crabs is different and depends on the individual sensitivity of the patient to them. As a result of itching, scratching occurs with their usual consequences (secondary infections and irritation of skin).

Another common symptom of pubic lice is the formation of dark or bluish spots on the skin with a diameter of up to 1 cm. These small spots appear, since the secretion of pubic lice contains substances that destroy hemoglobin. Near the wound caused by the bite of the parasite, the products of the decomposition of hemoglobin accumulate, which color the skin in a bluish color.

By itself, pubic pediculosis does not cause any particular harm to health. However, in some people, the secret dischargrd by lice can develop severe allergic reactions. In addition, with pediculosis, the skin is constantly damaged due to scratching, so the risk of developing infectious diseases is greatly increased. Including sexually transmitted infections.

Serious complications of pediculosis of the pubic are pustular infections, inflammation of the lymph nodes, the formation of furuncles and abscesses. And these complications in severe current can provoke a life-threatening condition – sepsis.

There is nothing complicated in diagnosing pubic lice. The fact is that complaints of the patients with such a disease are very typical, and on hairs and underwear it is almost always possible to see the parasites themselves or their eggs. Consequently, the main diagnostic method is the examination of the body. Adult crabs can be seen even with the naked eye, although a magnifying glass is also often used. Lice are especially easy to see after they are filled with blood. To make a more accurate diagnosis, the hair can be viewed under a microscope.

The Treatment of Crabs

To delete most of the parasites, hair of affected areas should be depilated. The skin is washed with hot water with medical soap. Now, a lot of insecticide remedies which can effectively eliminate both pubic lice and nits are available. Also for the treatment of pediculosis such medications as malathion mediophox, pedillin and nitiphor, permethrin and other antiparasitic ointments, solutions, creams and shampoos are used. In parallel with this it is desirable to check whether the patient has any sexually transmitted diseases

Tips: How to Get Rid of Crabs Effectively

If Pediculosis is Not Treated

If you are not treated, you should refrain from sex to avoid the transmission of the infection to the sexual partners. In addition, in the absence of proper treatment and care for the affected areas, complications in the form of purulent skin lesions can be developed. Therefore, in order to prevent infection with pediculosis and possible subsequent complications, it is recommended to pay more attention to preventive measures in order to avoid infection with lice.