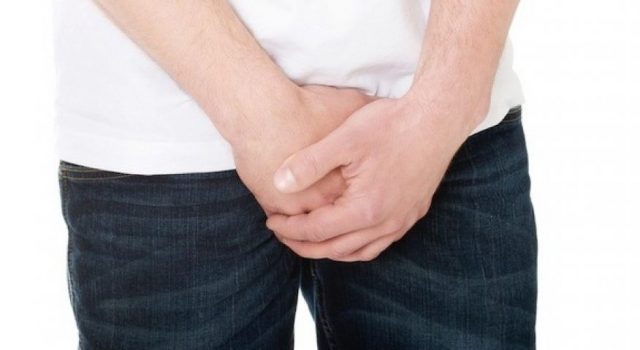 Quite often men at any age face the problem of rushes on the penis in the form of bumps that may contain fluid and look like warts. However, it is not always known what causes such symptoms and what is the reason for such a disease, how to treat it and avoid it.

Very often bumps on the penis are caused by sexually transmitted diseases, but not always. There are cases when such rashes have nothing to do with sexually transmitted diseases and are of a completely different nature. Therefore, it is very important to make initially a correct diagnosis and accurately determine the cause of these signs and prescribe appropriate treatment in each case.

What are possible causes of penis bumps?

Causes of appearance of bumps on penis can be different. Bumps and white vesicles can form during inflammatory processes in the preputium of the penis. At the same time, other symptoms may appear: pain on the penis, red spots in the site of inflammation, burning, cracks in the skin of the penis. These are the symptoms of such a serious disease as balanoposthitis.

When using male contraceptives (condoms, lubricants, etc.) during intercourse, the appearance of bumps on penis may be caused by allergy to the material from which they are made.

Water bubbles are formed on the penis when the man is infected with sexually transmitted diseases. This mainly occurs when the organ is affected by herpes. Blisters appear in different places: on the buttocks, on the groin, on the hips, on the foreskin, on the body of the penis and its tip.

Bumps also appear in intimate places due to insufficient personal hygiene, allergic manifestations or physical injuries and effects. Since there are quite many reasons, each factor must be considered separately.

What to do if bumps appear on the penis

If you have noticed any spots or bumps on your penis, you shouldn’t squeeze them. It can cause inflammation. Do not set the diagnosis yourself, it is better to consult a certified doctor who will prescribe the necessary diagnostic procedures and will conduct an examination. To prevent any tumour formation men should take the rules – wash at least twice a day, and before and after sexual intercourse. It is not recommended to have sex during menstruation of your partner, because such experiments can lead to very unpleasant consequences, and not only for men.

Most types of bumps do not have any negative impact on your health. But if they are not gone within few days it is better to visit a doctor.